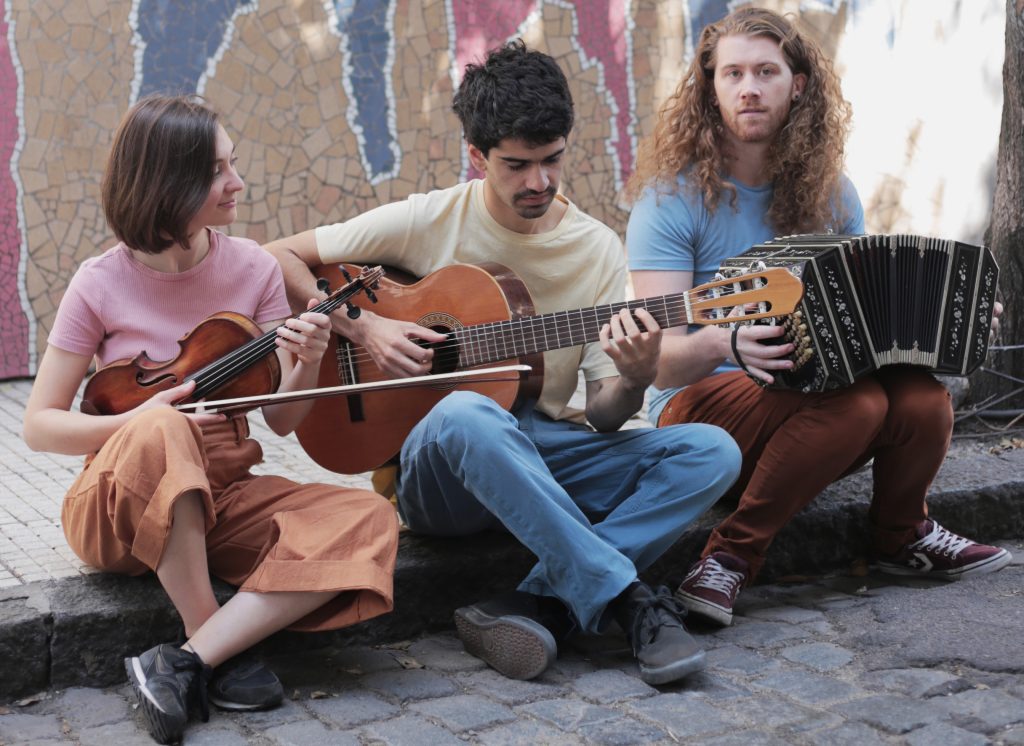 The project commenced in 2020. Having met one another studying in the Bachelor of Argentine Music at the National University of San Martín in Buenos Aires, the trio was formed from a mutual love of the music of Argentina, a desire to create a unique interpretation of the style, and the need to make musical connections during the difficult period of worldwide quarantine.

The trio has performed in various theatres in the City of Buenos Aires, as well as in the rest of Argentina. In December of 2021 the group was awarded a grant by the Argentine National Arts Fund (INAMU) to record their first album, under the mentorship of the  Pianist/Composer/Producer Andrés Pilar. The recording took place in April of 2022 at the emblematic ION studios in Buenos Aires. The album celebrates the repertoire developed by the trio during their formation and was presented during a tour to Europe in 2022 where they performed at festivals in Spain, France and Slovakia.

The album, Bajo un Mismo Cielo, will be officially launched by the record label Shagadra Medra in February of 2023.  The official launch will occur in conjunction with a guided listening as part of “La Hora Azul” which can be accessed here at the Shagadra Medra YouTube page.

No comments to show.